Loulé, the largest municipality in the Algarve region, is composed of 9 parishes: Almancil; Alte; Ameixial; Boliqueime; Quarteira; Querença, Tôr and Benafim; Salir, São Clemente and São Sebastião. It gained great prominence due to the "golden triangle" denomination given to the triangle formed by Almancil, Quinta do Lago and Vale do Lobo. Shop at the local stores or even at the recent Mar Shopping, discover the fabulous beaches and delight yourself with the traditional Loulé puff pastry.

Castle
The castle of Arab origin was rebuilt in the 13th century and had great walls still visible today. It has three towers, a tower and part of the walls with a pathway that define its defensive structure. In the courtyard of the castle there is a well, some medieval stones, and the arch of the old gate connecting the village.

Municipal Museum
Inaugurated in 1995, this museum presents a long-lasting exhibition that tells the history of the municipality of Loulé from prehistory to the modern period. It also has the Municipal Historical Archive and a traditional Algarve kitchen.

Loulé Municipal Market
The municipal market, the former Loulélibris, opened its doors in 1908. It is the ideal place for those looking for fresh produce from the municipality's rural area. This is the stage for various events that the municipality organises.

Rock-Salt Mines
Between 230 and 270 meters of depth are the Mines of Sal Gema from where this mineral of high purity is extracted. This CUF mine has the capacity to extract up to 100 thousand tons of salt per year. This is an important development that for the moment is not a tourist attraction.

Hermitage of "Nossa Senhora da Piedade (Mãe Soberana)"
The origins of this temple date back to the mid 17th century and its interior is covered with tiles illustrating scenes from the life of the Virgin and a gilded altarpiece. On the ceiling, there is a panel that represents the Virgin. Next to this chapel, there is also a shrine. It is also an excellent viewpoint of the city of Loulé.

Cine theatre "Louletano"
Located in the city centre, it was reopened on 1 February 2011 after major intervention work. This building has been the stage of great shows in the areas of music, dance, performance and various items for reflection and debate.

Carnival
This town has one of the oldest carnivals in the country. For three days (Sunday to Tuesday) the differences in day-to-day life turn into party, social criticism. On Avenida José da Costa Mealha different floats parade with national and international figures of politics and sport worked by the hands of artists of the municipality and dance groups sambam Brazilian style.

Feaste of "Mãe Soberana"
It is an annual procession in honour of "Nossa Senhora da Piedade" that takes place on Easter Sunday where the andor is taken to the São Francisco Church. After 15 days the so-called "Festa Grande" takes place where the image is taken to the space of the Eng. Duarte Pacheco monument during mass and then carried in a large procession to the sanctuary.

Med Festival
"World Music" script and takes place in the Historic Centre of Loulé. Besides music, it also presents regional gastronomy, visual arts, street animation, dance and workshops with the aim of spreading the Mediterranean culture.

White Night
On the last Saturday of August, the city centre receives this initiative that started in 2007. That night white reigns and you can find the shops (there are discounts for those of that colour) and the bars open. An event with great animation that counts with more than 30 artists among them jugglers, fire spitters, statue men, clowns and street animators! A different event with free entrance and where you only know the program on the same day.

Garrão
In its surroundings are two natural freshwater lagoons. Surrounded by coloured cliffs, this beach belongs to Vale do Lobo about 13 km from Loulé. It is watched over during the summer and has the following support equipment: restaurant, café, bathing and recreational support.

Vale do Lobo
Surrounded by a luxury tourist complex and a red cliff, this beach has a unique beauty due to its extensive sand. It has several support equipment (restaurant, café, bathing and recreational facilities) and is watched during the bathing season.

Quarteira
Formerly known as the village of fishermen, Quarteira, 13 km from the municipality of Loulé, today it is a cosmopolitan tourist centre that receives numerous tourists. You can count on restaurants, bars and bathing support. This beach is watched during the summer.

Quinta do Lago
About 12 km from the city centre, this beach is part of one of the largest luxury developments in the Algarve region and has several support facilities (restaurants, coffee, bathing and recreational support) and is watched during the bathing season.

Ancão
This natural and serene beach is 13 km from the centre of Loulé, is frequented by high society and has various support facilities (restaurants, cafés, bathing and recreational support and a health post during the summer season). This beach is guarded during the bathing season.

Vilamoura
Known for its sunsets, discos and nightlife, this beach is certainly one of the tourist favourites! It has several support equipments (restaurants, bars, bathing and recreation support. This beach is watched during the bathing season. 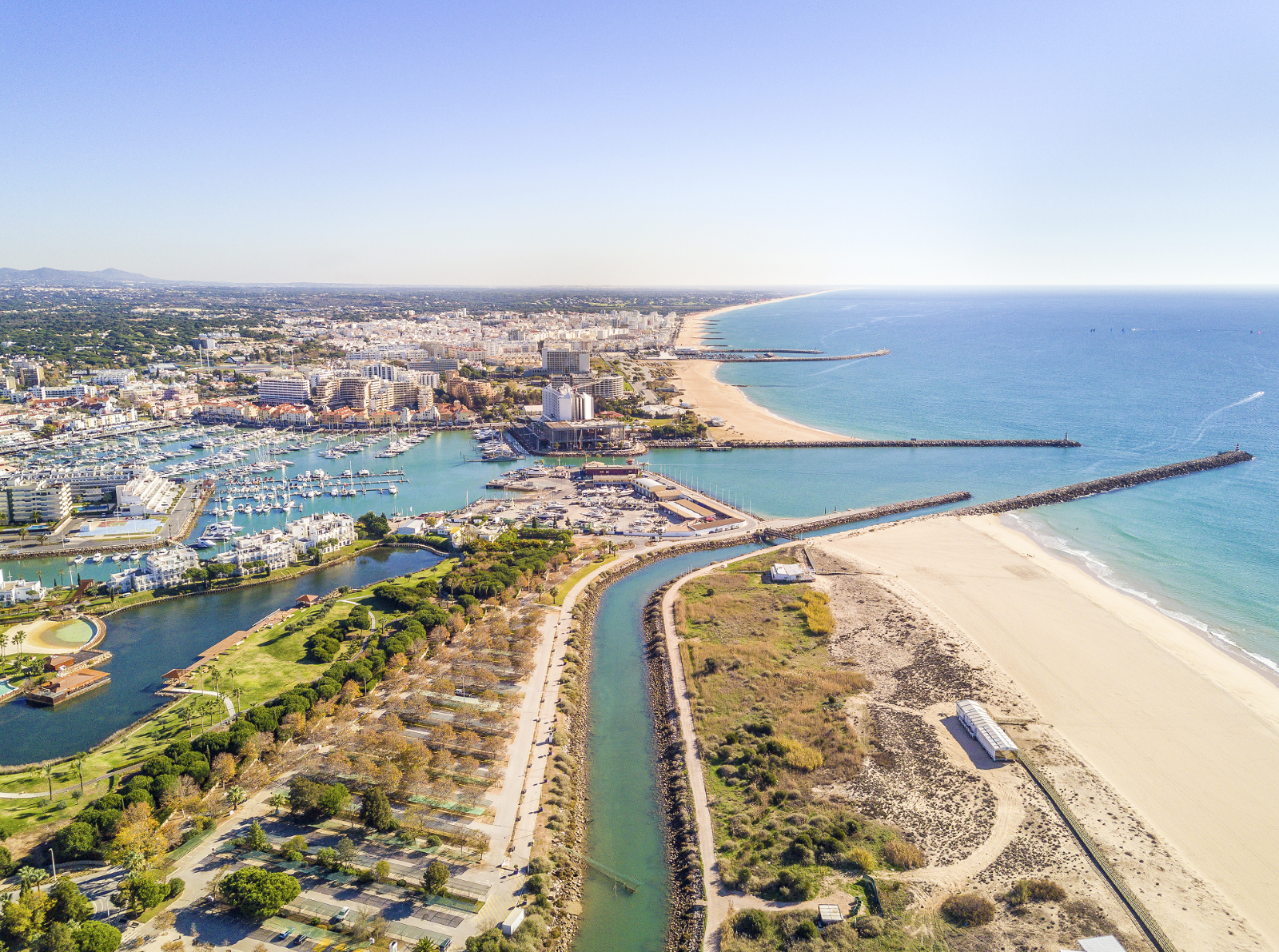